Browse Album Journey of the Private Moon in Kazakhstan. 2013

In 2013 an exhibition of light installations was held in the capital of Kazakhstan - Alma Ata city. Leonid Tishkov was invited to be the curator of this exhibition. And, of course, he
brought with him his Private Moon. In Tengri Umai Gallery was held a personal exhibition of Leonid Tishkov where the new photos has been shown. They were made in the Tien Shan Mountains, in the old Soviet Observatory, under solar telescopes. The artist With his Moon raised in the mountains for the very clouds, above the Big Almaty Lake, where the great adventures was waiting for him: heavy rain gave way to snow, the car broke down on the serpentine road, but with the moon travelers found refuge in the tent of Kazakh nomad, where they were treated to fragrant and delicious tea. All this was caught just in three photos. But the fate and the path of the moon dervish are seen in them. 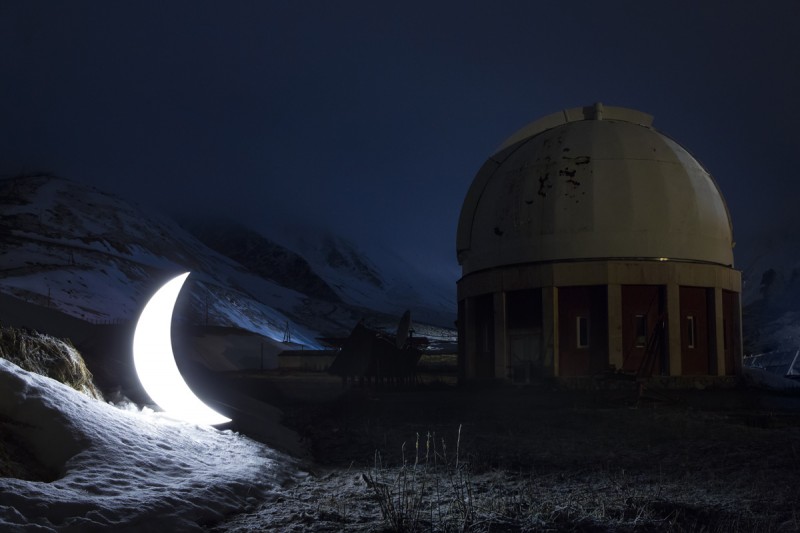 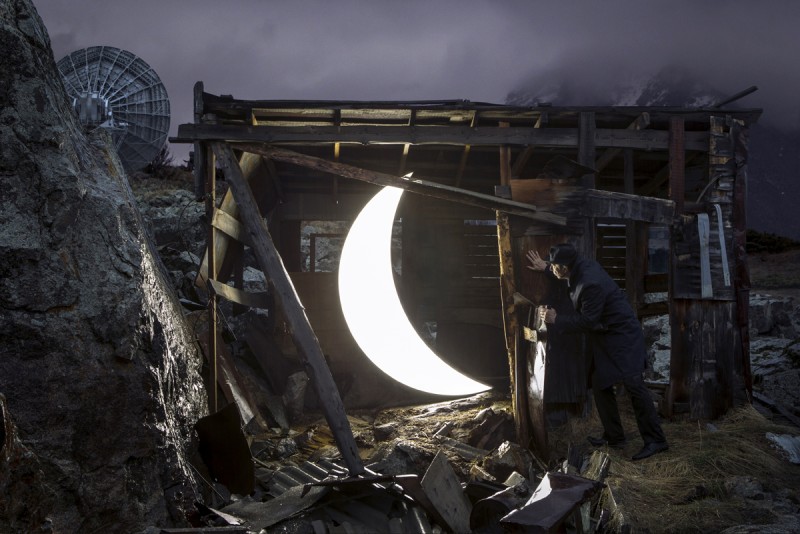 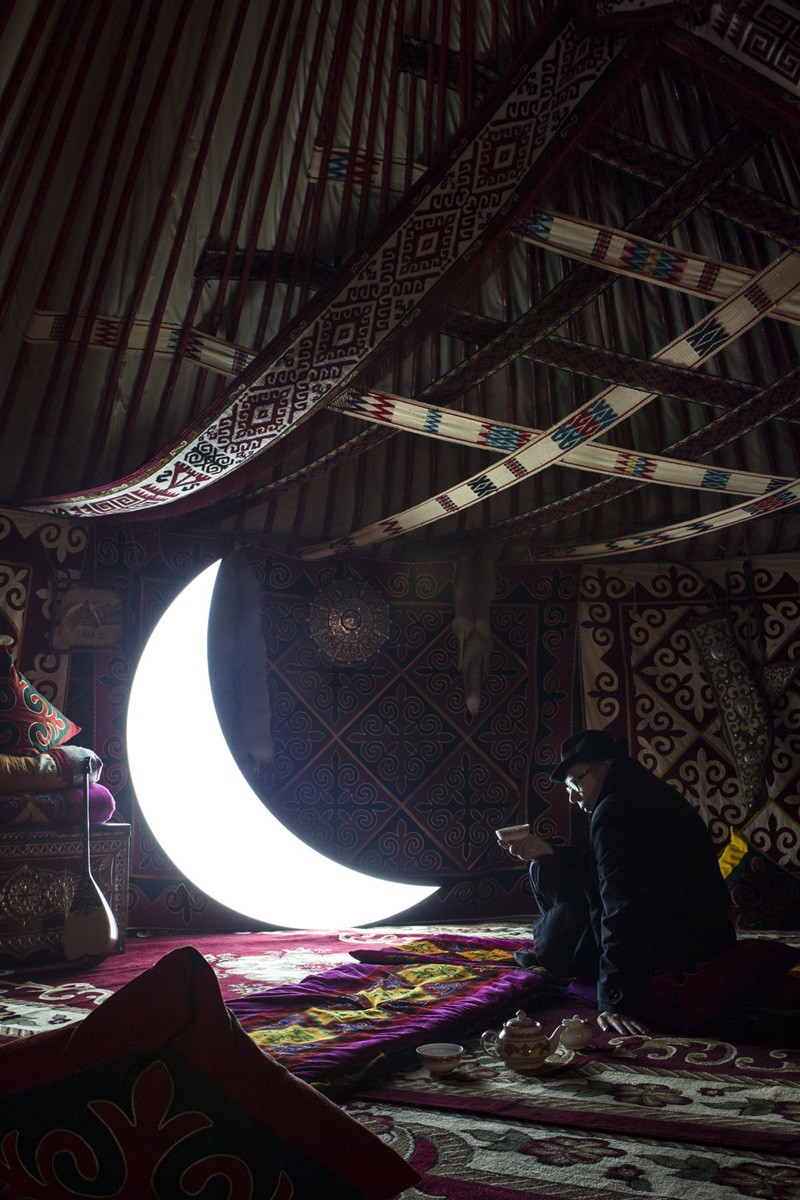