Browse Album Journey of the Private Moon in Italy. 2010

A crescent Russian moon has fallen in Milan. For those who want to visit it, it is holed up in the bottom of a short underground tunnel in the Galleria Nina Lumer, via Botta 8. It is the crescent moon by Leonid Tishkov, Russian artist, painter, designer and video artist, and the star in Private Moon, a series recently opened in Milan and on display until January 31st. Private Moon is a "visual poem" where a man finds the moon and lives with it his whole life, in the most unusual places: when the moon seems to fall from the sky on a roof covered with snow, then it's photographed again on the balcony of one of those monotonous buildings in the suburbs, a third time it rests beside its master in a room in Moscow. 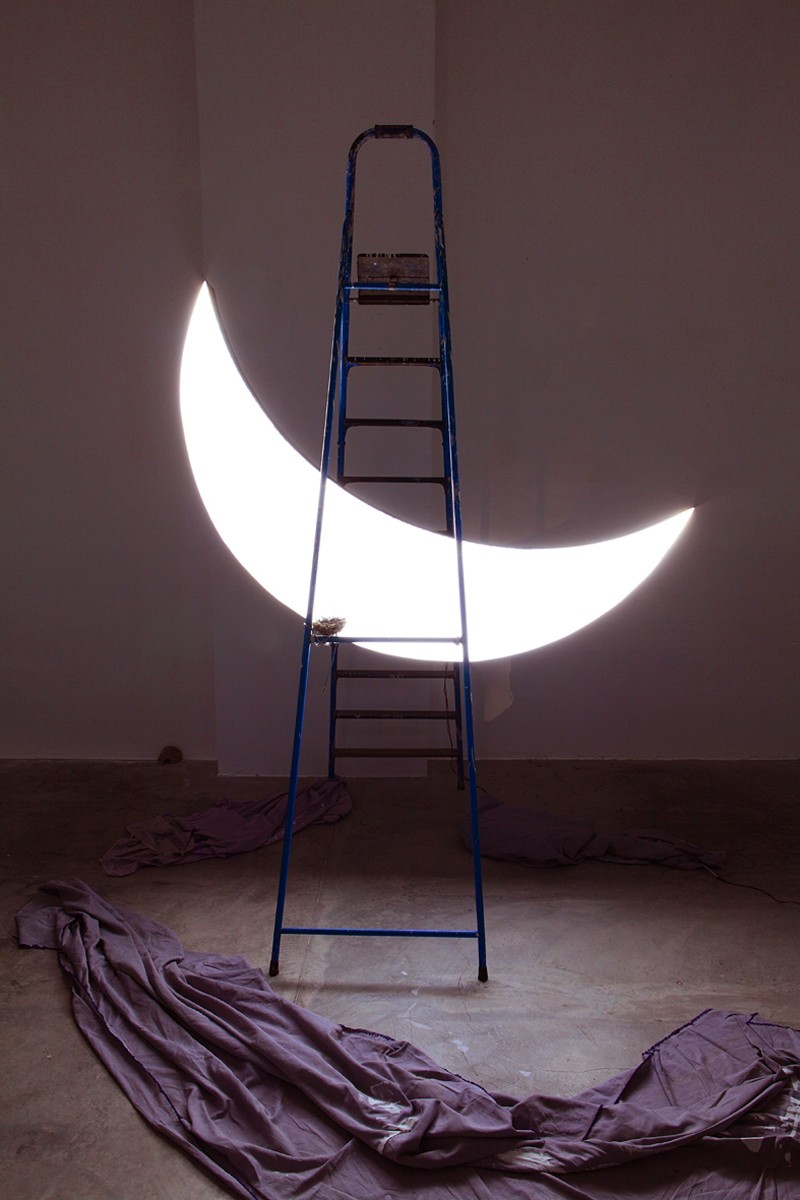 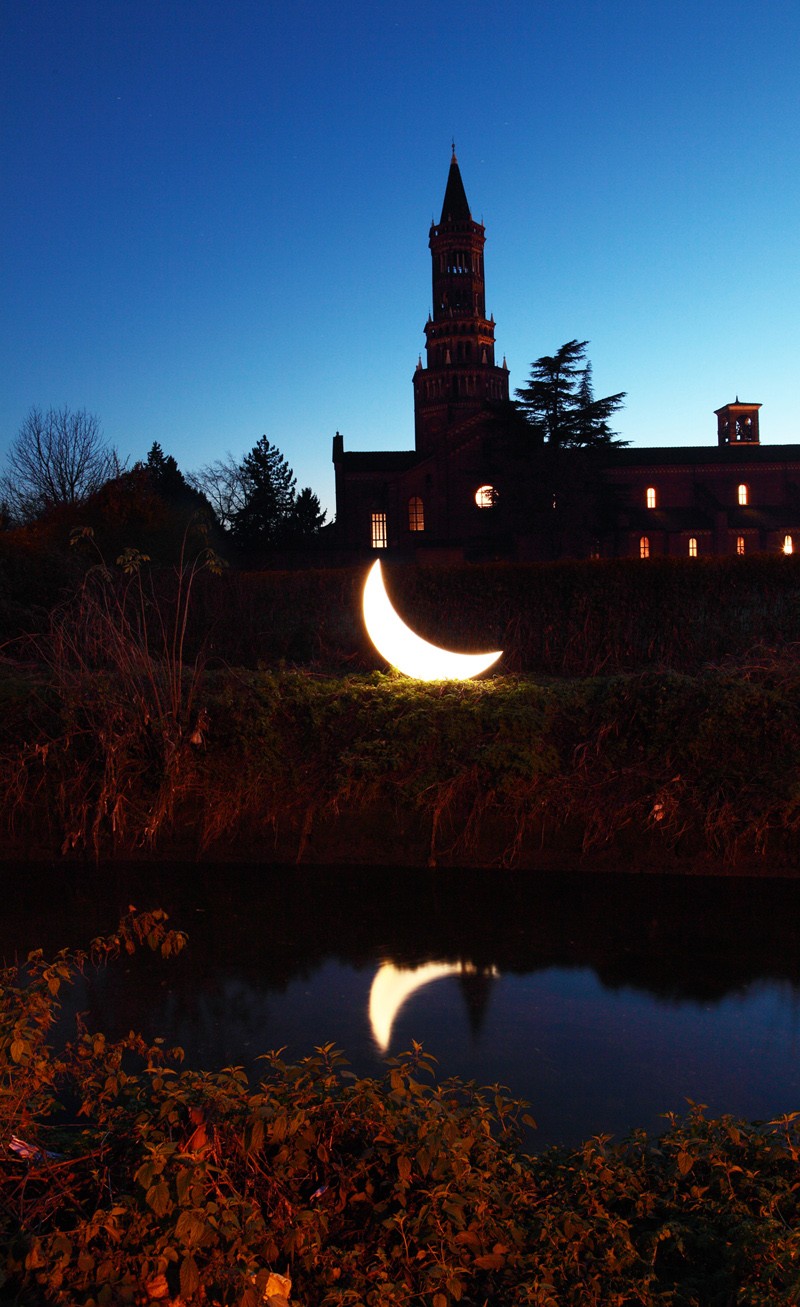 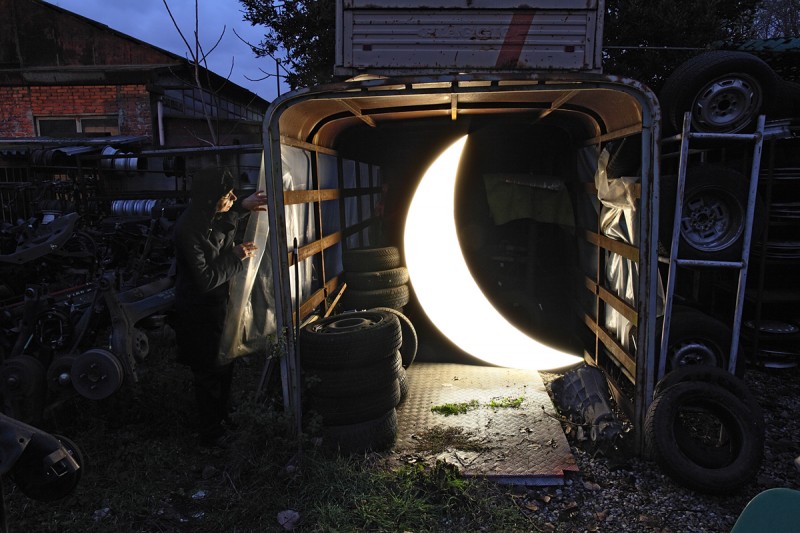 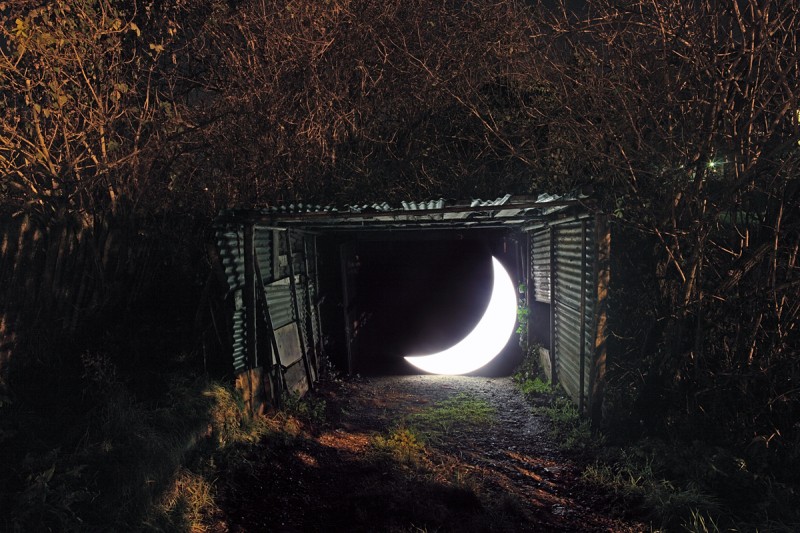 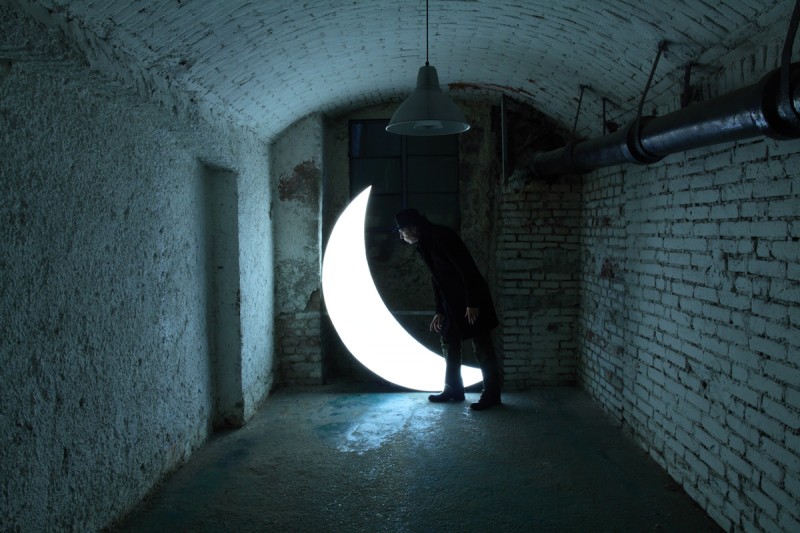